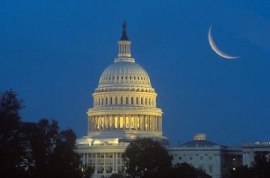 As you’ve likely noticed, there has been quite a bit of news lately about online sales tax collection. In the media coverage of this issue, we’ve frequently seen glancing references to the Supreme Court cases Quill or Bellas Hess—but rarely an actual explanation of how they affect consumers, retailers, and states, let alone what exactly those rulings say.

On this occasion, the eve before the Senate Finance Committee Hearing “Tax Reform: What It Means for State and Local Tax and Fiscal Policy” (where we expect the Marketplace Fairness Act to be discussed at length) we thought it might be helpful to give a brief review of these two landmark Supreme Court cases.

This post is not a scholarly analysis of the (dormant) Commerce Clause, or due process concerns, or states sovereignty and federalism—such analyses are amply handled by greater legal/constitutional minds than ours. Rather, this post is intended as a primer for business leaders, so they can understand why these rulings are important and why the logic underlying them is so out-of-date—warranting attention and action by Congress.

In its ruling, the Supreme Court said that only businesses with nexus in a state have to collect sales tax for that state. Nexus is created by a physical presence, though opinions on what constitutes a physical presence vary. It can be a warehouse, office, retail location, employees, or even vehicles. Some states have argued that having business affiliates in a state creates nexus there.

The many variations in rates of tax, in allowable exemptions, and in administrative and record-keeping requirements could entangle National [Bellas Hess]’s interstate business in a virtual welter of complicated obligations to local jurisdictions.

Interestingly, in the dissenting opinion, Justice Abraham Fortas wrote that “the Court’s response that these administrative and record keeping requirements could ‘entangle’ appellant’s interstate business in a welter of complicated obligations vastly underestimates the skill of contemporary man and his machines.” We couldn’t agree more—and it’s even more true now, in 2012, than in 1967. We know that technology is able to handle multistate sales tax because we’ve built a service that does so: TaxCloud.

The Bellas Hess ruling went on to say that an act of Congress was necessary to give states the ability to require out-of-state businesses to collect sales tax. Without an act of Congress, the Supreme Court ruling was the ultimate authority on what states could and could not do.

In 1992, the issue of out-of-state sales tax collection arose again. North Dakota tried to require Quill Corporation, a mail-order office supply company incorporated in Delaware, to collect tax on its sales into the state. Quill refused on the grounds that it had no physical operations or employees in North Dakota.

The Supreme Court sided with Quill, citing the previous ruling in Bellas Hess and stating that customers alone (in other words, an economic presence) weren’t enough to create nexus.

[O]ur decision is made easier by the fact that the underlying issue is not only one that Congress may be better qualified to resolve, but also one that Congress has the ultimate power to resolve. No matter how we evaluate the burdens that use taxes impose on interstate commerce, Congress remains free to disagree with our conclusions. See Prudential Insurance Co. v.Benjamin, 328 U.S. 408 (1946). Indeed, in recent years Congress has considered legislation that would “overrule” the Bellas Hess rule. Its decision not to take action in this direction may, of course, have been dictated by respect for our holding in Bellas Hess that the Due Process Clause prohibits States from imposing such taxes, but today we have put that problem to rest. Accordingly, Congress is now free to decide whether, when, and to what extent the States may burden interstate mail order concerns with a duty to collect use taxes.

Indeed, even if we were convinced that Bellas Hess was inconsistent with our Commerce Clause jurisprudence, “this very fact [might] giv[e us] pause and counse[l] withholding our hand, at least for now. Congress has the power to protect interstate commerce from intolerable or even undesirable burdens.” Commonwealth Edison Co. v. Montana, 453 U.S. 609, 637 (1981) (White, J., concurring). In this situation, it may be that “the better part of both wisdom and valor is to respect the judgment of the other branches of the Government.”Id., at 638.

In other words, the Supreme Court left the issue up to Congress.

To sum up: The Supreme Court rulings in Bellas Hess (1967) and Quill (1992) determined that a business needs to have a physical presence in a state in order for the state to require the business to collect sales tax. What constitutes a physical presence is still a matter of debate, however.

The Supreme Court also made it clear that Congress has the power to pass legislation changing the outcome of the Supreme Court rulings. And because the Court based its decisions on the idea that collecting sales tax would be too burdensome for remote retailers, an idea that technology has rendered moot, it’s critically important that Congress do so.

We hope Congress will learn enough tomorrow to pass the Marketplace Fairness Act quickly to correct the devastating imbalance impacting retailers, consumers, and local governments across the country.

This entry was posted on Wednesday, April 25th, 2012 at 1:26 am and is filed under Federal Legislation, Issues. You can follow any responses to this entry through the RSS 2.0 feed. You can leave a response, or trackback from your own site.